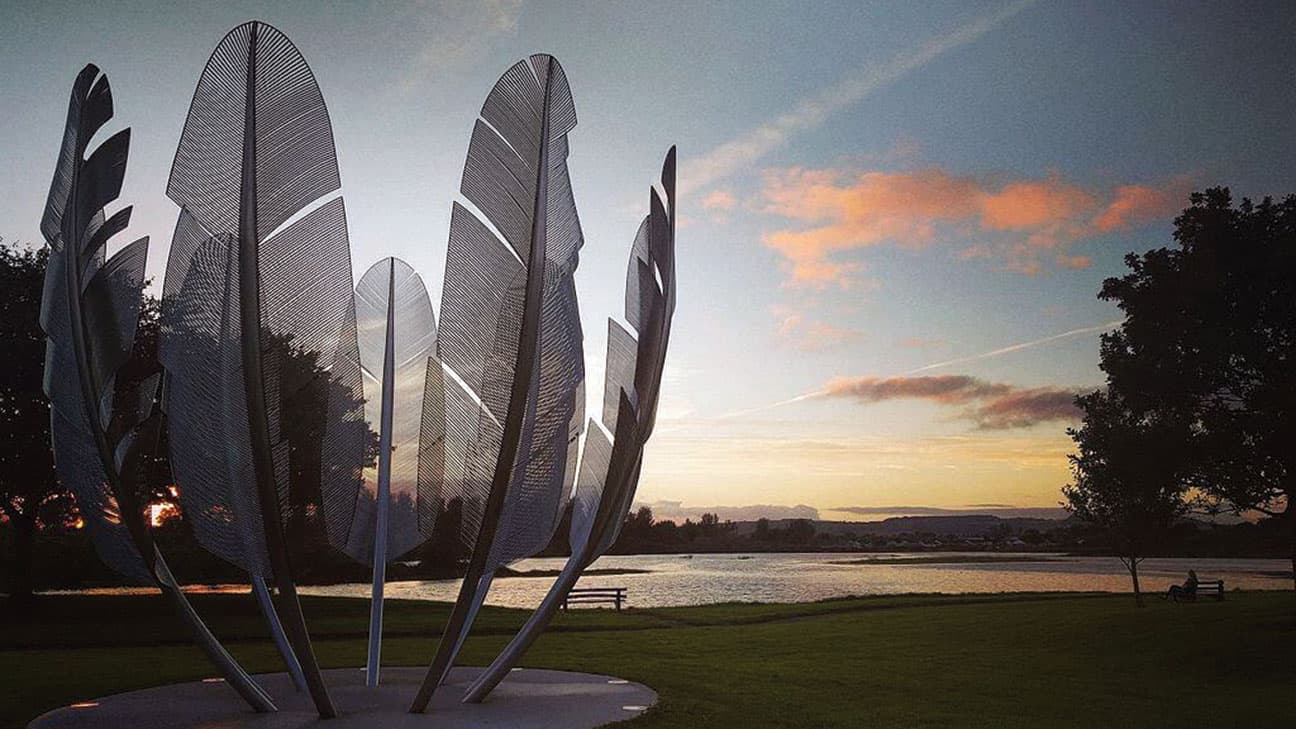 Born through a donation 175 years ago, the Choctaw-Irish bond remains strong today

Ittibachvffa: To be one in unity of mind, thought, or action

The Choctaw Nation and the people of Ireland have a long and storied history. Although separated by thousands of miles, these two nations are forever entwined because of a small act of kindness nearly two centuries ago.

In March of 1847, Choctaw people met to raise money for the starving poor in Ireland. The Choctaw people had received word about the dire situation of the Great Potato Famine and could not stand by and not help. The Choctaws pooled together $170, which was sent first to the Memphis Irish Relief Committee, then to the General Irish Relief Committee of the City of New York. The $170 would be worth around $5,000 in today’s economy.

More than a million people died in Ireland during the Great Potato Famine when their potato crops were decimated. Another two million left the country when the potato crops failed in successive years. Potatoes served as a primary food source for almost half the population but primarily the rural poor. The gift from the Choctaw Nation directly impacted the survival of many in Ireland.

Throughout the years, many other donations have been made by the Irish and the Choctaws in honor of that donation so many years ago. In 2020, the Irish people once again honored that sacred bond, giving back to Native American tribes hardest hit by the COVID-19 pandemic.

Through a GoFundMe campaign, contributors have raised $7,865,930 as of February 11, 2022, to help supply clean water, food and health supplies to people in the Navajo Nation and the Hopi Reservation, with hundreds of thousands of dollars coming from Irish donors, according to the organizers.

Many of the contributors have cited the Choctaw–Irish connection as the reason for their generosity. The connection between the Irish people and the Choctaw Nation shows that a simple act of kindness can bring nations together. A donation made roughly 175 years ago is still making an impact today.

Chief Gary Batton commented on the tradition of the Choctaw Nation’s spirit of giving, saying, “We are committed to continuing the legacy of generosity our ancestors began in the 1800s. We want to continue to help our tribal members, the state of Oklahoma, and the world.” For more information on the Choctaw-Irish connection, visit the Choctaw and Irish History webpage. Alex West looks over the Cliffs of Moher in Cork, Ireland. West is one of two students who received the 2022 Choctaw-Ireland Scholarship. The Chahta Foundation provides opportunities for Choctaw people. To date, over $2.5 million in scholarships have been given nationwide to over 500 Choctaw students. Competitive scholarships are available for many educational endeavors, from the trades and first-year college students to doctoral degrees.

One of the Chahta Foundation’s most prestigious scholarship opportunities is the Choctaw-Ireland Scholarship, which includes tuition and expenses paid by the Republic of Ireland for a Choctaw Nation of Oklahoma student.
Two young tribal members have been awarded scholarships this year for the first time. Claire Green Young and Austin West recently arrived at University College Cork, located in Ireland’s second-largest city, for a full year of study.

The Choctaw-Ireland Scholarship was instituted in honor of the assistance provided by the Choctaw people towards the people of Ireland during the Great Famine of the mid-nineteenth century. This $170 donation started a relationship between the two nations that has only deepened since the 1800s.

Simon Harris, the Government of Ireland’s Minister for Higher Education, said, “I am really delighted to see the success of the Choctaw Scholarship program, with two Choctaw Nation students choosing to study in Ireland this year. The scholarship program was initiated to provide a big ‘Yakoke’ (thank you) to the Choctaw Nation of Oklahoma to recognize the great act of generosity and humanitarianism shown towards the Irish people during the Great Famine. These scholarships help foster greater ties between our two nations, and I look forward to continued growth and cooperation. I would like to extend my congratulations to this year’s successful scholars, Claire Green Young and Austin West, and I look forward to welcoming them to Ireland. I wish them both an enjoyable and productive time as they undertake their studies at University College Cork.”

Young grew up in Wright City and is the daughter of Ellen Green Young and the granddaughter of R.C. Green and Sharon Green. The Wright City High School student was admitted to Dartmouth College, Hanover, New Hampshire. After graduation in 2017, she was involved in Native Americans at Dartmouth and, as a Senior Fellow, worked to recruit Native American students, among other activities.

Young said that she has a special connection to this scholarship because of her unique heritage. Thanks to the Choctaw-Ireland Scholarship, Austin West will be working toward a master's in Cork, Ireland.

Claire Green Young of Wright City is excited to earn her master's in museum studies in Cork.

“One of the reasons I was really drawn to the Choctaw Irish scholarship program was because I am of mixed Choctaw–Irish heritage,” she said. “I knew that one of my great grandmothers, the Choctaw matriarch of my family, had married an Irish settler in Indian territory. So I knew the ancestry behind my family, and I knew what being Choctaw meant to me because I was lucky enough to grow up in my tribal community, but I didn’t know a lot about what it meant to be Irish, and this scholarship program has both helped me grow more in my identity as a Choctaw person but at the same time bridge the gap between these two identities.”

Young plans to work toward her master’s degree in museum studies at Cork. She said she plans to seek a doctoral degree in Choctaw tribal history and religion in the future.

West said he would be working toward a master’s degree at Cork in international public policy and diplomacy. West said that he was excited about the cultural experience of studying in Ireland. “Apart from the educational opportunities, I hope my time spent in Éire (Ireland) helps me grow as a person. In moving to another country, I hope I cultivate courage to be bold and take chances. In hearing different perspectives, I hope to cultivate humility and an understanding of how much I do not know. Lastly, as I live in a different nation, I hope to build a greater appreciation and understanding of our Choctaw Nation.”

Both students are thankful for the opportunity and excited to begin their journey in Ireland.

“I am also looking forward to getting into college clubs and learning about Irish culture,” he commented.

Young said she is very thankful for the support from her Choctaw tribal community. “I just want to say a huge thank you. These educational opportunities wouldn’t be possible without the support of the tribe,” said Young.

She also advised anyone deciding about their future to find support in their community. “It can really be difficult for young native kids today to navigate the world that we live in,” she said. “Lean on your community. Lean on your tribe, elders, and friends; those are the people who know you. They know when you’re happy,” she continued.

The Chahta Foundation has been helping to provide opportunities for Choctaw people for ten years. For more information about the Choctaw-Ireland Scholarship and other educational opportunities the foundation offers, visit chahtafoundation.com.

To make or inquire about tax-deductible gifts to the Chahta Foundation, potential donors may contact the foundation at [email protected] or 800-522-6170, ext. 2993. Ian Burson and the Irish Olympic Athletes he coaches pose for a photo as they arrive in Beijing for the 2022 Winter Olympics.

As the Biskinik reported in January, Choctaw tribal member Ian Burson was in Beijing for the 2022 Winter Olympic Games as the half-pipe coach for second-time Olympian, snowboarder Seamus O’Connor and freestyle skier Brendan ‘Bubba’ Newby. The trio not only represented Ireland but the sacred bond between the nations.